One of the most important jobs of a tennis coach is to provide to his player easy-to-understand and actionable feedback after match play.

The player is so involved in the match and makes so many quick and instinctive reactions that he cannot possibly see and analyze all the key details of the match.

But the coach can since he is usually able to see the court well, has much more experience than the player and is able to better assess what worked and what didn’t in each particular match.

In order for both the player and the coach to better cooperate through this long term process, the coach needs to have a certain system in place, starting with the preparation of his player for the upcoming match.

It is then much easier to analyze the match if both parties knew what the initial tactical plan was and what the mental preparation was about.

Preparing The Player For the Upcoming Match

While every player is different and needs a slightly different approach based on their personality but also on their current form, there are some common procedures that the coach and the player should go through.

They include the tactical plan and the mental preparation. 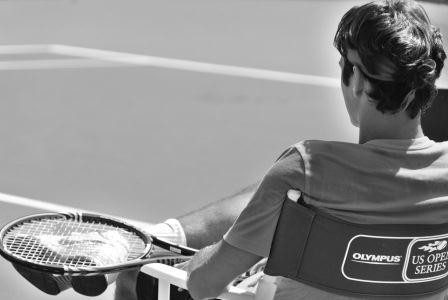 This plan should also include more specific tactics on how to achieve that.

If for example the general strategy is to exploit the weaker backhand of his opponent, a more specific tactic on how to do that would be serving first serves wide on the deuce side to opponent’s forehand and then attacking his backhand on the next shot and possibly approaching the net therefore making his opponent his a good shot off his weaker side while being in a difficult situation.

The tactical plan should also include plan B in case plan A doesn’t work and possibly even plan C as the last and riskiest approach if the player is still losing after implementing plans A and B.

2. The mental preparation for the match may start a few days before the match with daily visualization of patterns of play that the player will use most and also visualizations of how he handles himself during the mentally more challenging parts of the match, for example when serving for the set, facing break points or finishing shots at the net.

The patterns of play and which are the key situations in the match the player needs to prepare for psychologically are of course planned together with the coach who after some time working with the player knows best what his player needs in order to play at his peak performance.

The Role and Goal of Practice Matches

One of the best ways to assess player’s performance before the actual competition is to play practice matches. 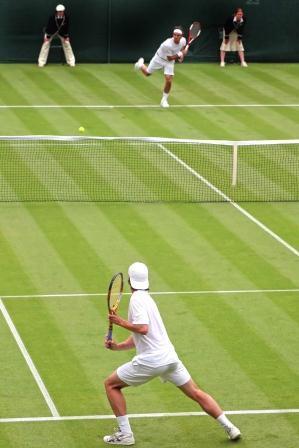 Practice matches provide the player and the coach with the possibility to implement the tactical plans the player needs to use in real matches as well as being able to work on mental techniques in a situation with less pressure.

Some of the key mental techniques player can work on during practice matches are:

Practice matches give the player more freedom to experiment with tactical patterns he is currently working on as the practice situation doesn’t create as much pressure as the real match.

If the player is to eventually use different tactics in real matches, he needs to be confident in his skills and the practice match is an ideal situation to develop that trust in his abilities.

The Role of Notation In Match Analysis

As the process of match notation has improved in the last years through the use of smartphone apps and other sophisticated software, so has the coach’s ability to analyze the match in more detail.

The more detailed notation enables apps to calculate more detailed stats and draw more accurate graphs that better show the coach how the player performed in the match.

But since notation of matches typically includes strokes, their direction and perhaps depth, it cannot record player’s psychological states during matches.

Currently the best way to show the player his mental state during the match is to record the matches and go through each of them with the player.

Recordings don’t lie and with an open minded and motivated player it is not difficult to point out and analyze mental state throughout the match based on body language and facial expressions of the player.

By combinining the psychological analysis in this manner with the measures and calculated stats from the match, both player and coach can better find the real reasons for poor performance as well as peak performance.

As the match ends and especially if the player has lost it, the emotions run high.

The player will understandably be disappointed and very likely not perceive immediate feedback on the match as positive even if we start with the positives. 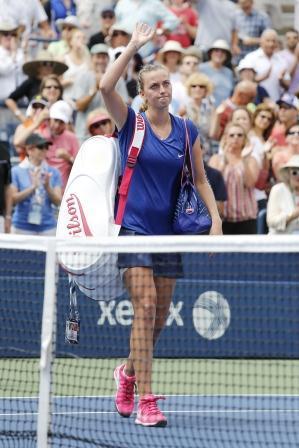 The coach may also be disappointed with player’s performance and even though he may provide the player with facts of the match, his tone, body language and facial expressions will convey to the player even more negativity and affect his confidence as well as relationship with the coach in the long term.

That’s why it’s important to account for this emotionally vulnerable time for the player and wait with match analysis for a while.

Here are some guidelines on how to analyze the match with the player and get the most of it:

And since the mental state of the player throughout the match is the key to his peak performance, it would be really useful to the coach to have objective data of player’s mental states before and during the match.

It would be even better if the coach could compare this data with previous matches of his player, because he could then notice the fluctuations of his mental states and therefore his performance at certain points in matches.

Would that in your opinion change how the coach would analyze the match and prepare the player differently for future matches?