As the technology evolves with this rapid rate, so must our approach to coaching in tennis.

The technology used to design and produce tennis rackets is changing every year, and the production of high-tech tennis clothing, shoes, and sportswear is improving every season.

For this reason, the International Tennis Federation (ITF) has passed a rule that allows Player Analysis Technology (PAT) to be used to gather information about the players.

The amount of information that can be collected via this PAT is incredible, making it possible for coaches and trainers to gather in a single game what would once have taken them days or weeks to compile.

The ITF does regulate the use of such technology during the tennis match. The PAT technology is allowed to record and store the data that it collects, including:

All of this information can be captured by PAT devices, and it can be recorded for later use.

However, according to the rules (Rule 31), the data CANNOT be transmitted or communicated to the player during the game.

You see, according to Rule 30, players cannot be coached during the game. Even discreet signals are banned.

Coaching is only permitted when the whistle has been blown and play is suspended. If PAT devices were to send the recorded data to the players mid-play, they would violate the rule of “no coaching in play”.

So, the ITF rules ensure that the PAT devices do NOT send signals to the players, but only store the data for later access by the players and their trainers. Players are able to look at the data when the game is suspended, but they CANNOT examine it while they are in the middle of the match. 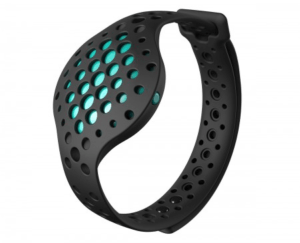 The beauty of the advance of modern technology is that there are already A LOT of PAT devices currently available on the market.

Since the rule was changed in September of 2013, a number of devices–both tennis-specific and general–have been released.

Here are a few of the best PAT devices available for players and trainers to use:

Moov Wearable Coach — This little wearable device contains a 9-axis motion sensor, monitoring EXACTLY how you move as you go through your workout and training.

It’s designed for runners and bodybuilders, but it can be effective for tennis players as well.

Samsung Gear Fit Watch – – Combine a smart watch with a heart rate monitor, speed tracker, pedometer, and calorie counter, and you get the Samsung Smart Watch. It’s easily compatible with any Android or iOS device, and it’s ideal for coaches and players who want to track basic metrics. 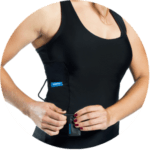 Hexoskin Biometric Shirt –– With this shirt, you can track your performance and play easily. The sensors built into the shirt will broadcast data to your smartphone via Bluetooth, allowing you to see the results of your match or training session. It’s not just practical, but it’s also highly comfortable.

Kitris –– This German device is designed specifically with tennis players in mind. It can be worn on either the off- or striking-hand, recording data on the training sessions or matches that can be downloaded by coaches to study for performance metrics and overall play. It can track time, record audio, and provide coaches with total analysis on the game.

Zepp Tennis Sensor –– This sensor is designed to be mounted at the end of the tennis racket, allowing you to track swing velocity, racket speed, ball potential, spin, backswing time, shot type, power, impact time, court time, racket sweet spot, and more. It’s a user-friendly device made to be easy for players and coaches to use in any match. 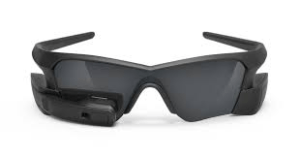 Recon Jet –– Sports glasses meet miniature computers! This pair of glasses will essentially record your player’s performance throughout the match and stream the video directly to the laptop or smartphone where it will be recorded for later playback. Definitely one of the most advanced sports sunglasses around.

Polo Tech Shirt –– Designed by Ralph Lauren, this compression T-shirt is designed with all athletes in mind. It will track the distance run, the calories burned, the intensity of the exercise, the stress rate, heart rate, and more. The biometric data is broadcast in real time to the laptop or smartphone, allowing coaches to monitor player fatigue and performance. 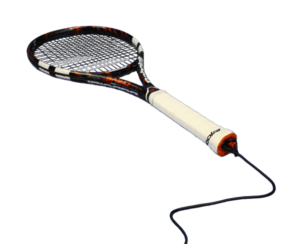 Babolat Play PureDrive Tennis Racket — This is an entire racket designed to be a PAT device, ensuring that you get accurate, in-the-moment metrics of your players’ performance. There are sensors built into the handle that will collect data on power, number of strokes, type of strokes, impact location, and more. All of the data is streamed via Bluetooth or can be downloaded via USB.

As you can see, the list of PET devices even today is quite long and it will definitely increase tomorrow.

Not all PET devices on the list above have been specifically developed for tennis, but can be applied to tennis training too.

Currently all PET devices on the market focus on measuring the physical part of the game like how the racquet moves through space or how the player moves on the court.

They measure fatigue and other factors of player’s performance, but none of the devices yet focuses on the mental game of tennis.

The future will bring us tennis specific devices that allow us to track the mental state of the player and correlate it with his performance in the match.

How useful do you think this would be to coaches and players?