More frequent trainings which last longer and include very high number of shots and rallies, can lead to stagnation of achievements, consequent fatigue, overtraining and could be cause for chronic injuries. This applies not only to top-level tennis players, but also and in particular to junior tennis players.

The latest study (Kovalchick and Reid, 2017), which was conducted on a large sample of top (ATP, WTA) and junior male and female players (ITF), showed high workloads in all three observed groups. The number of played tournaments already shows that the best senior and junior players (ranked among top 250 on ATP, WTA or ITF rankings), play 50 percent more tournaments and matches than those ranked from 750 to 1000 on the ranking list. 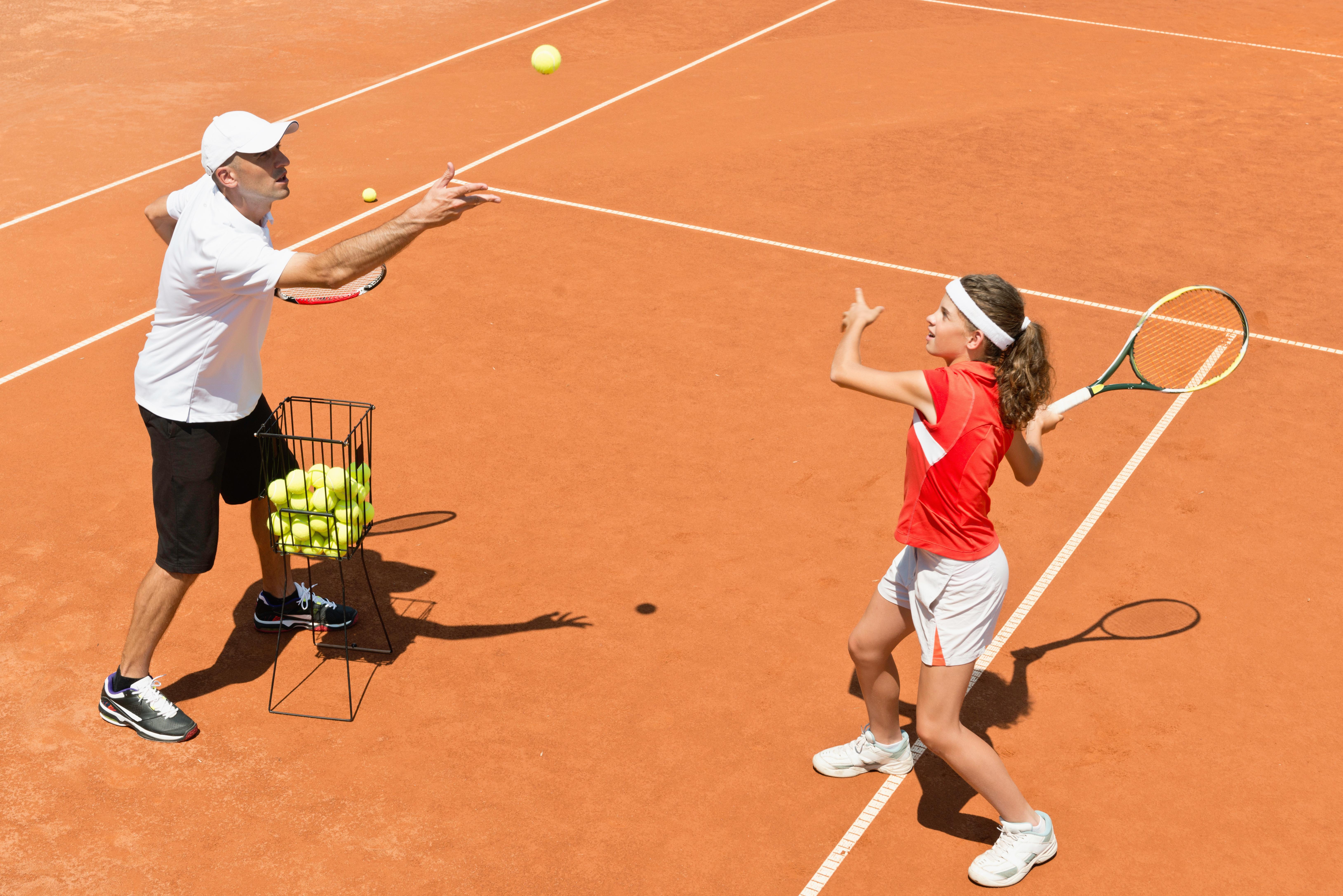 However, tournaments and matches played are just the top of the “iceberg”. The major part, which is often less exposed in terms of data, is practice. In all sports, from athletics, swimming, cycling, football, skiing …, the basis for determining the workload during training is represented by the demands that arise during the race or match.

First, let’s take a look at the workload parameters for male and female players between the ages of 15 and 18 who feature or want to take part in ITF tournaments or tournaments of similar quality. The data from the above mentioned study show that ITF players perform from 4.4 to 4.8 shots in one point. During the match they play from 122 (girls) to 131 (boys) points in which girls perform on average 291 shots, and boys up to 331 shots. We did not find data on the duration of individual matches and points in the study. On the basis of previous studies, we can conclude that boys’ points on average last 10 seconds, and for girls 12 seconds. Matches ending in two sets last on average from 60 to 120 minutes. If juniors play three sets, matches can of course last even longer.

Recommended values for the workload parameters

Now that we have defined some of the workload parameters that are occurring in the ITF tennis players during matches, let’s look at some data that determine the workload parameters during practice and matches.  On the basis of ITF and LTA recommendations on the extent of tennis training, we have included in the table the recommended values for the above-mentioned parameters for individual age categories from 11 to 18 years. Since the approaches to the development of junior tennis players are very different, we have also determined the values for tennis players who, due to many factors (coach’s philosophy, court availability, financial capabilities …), practice less (lower level) or more hours per week (upper level).

In the table we defined three basic workload parameters, which can be monitored in the time of practice:

This is the time a player spends on court and means the time from the first to the last shot in training. By setting the total time we can properly plan trainings and tournaments. In the time of tournaments, the total amount of trainings must be lower, while in the preparation period higher.

It is an important indicator as it gives tennis specific information on the frequency of shots execution, which implies whether a player has performed the appropriate number of shots in an individual training and how the shots were allocated within the training. The total number of shots depends on the goals and contents of the practice, player’s technical competencies, focus and fitness level.

Ratio between passive and active practice

On the basis of available studies, analyzes of tennis matches and measurements with the Armbeep system, which we performed with our junior players, we came to the conclusion that the ratio between passive and active practice time is 2 – 1. Or in other words, active practice time represents 30 {3bfdb57725a474661fe60a5eb4dd74c9c92456849ec504f4da2d2f3188442e40} of total practice time.

With the Armbeep system, we monitored a group of tennis players aged 15 years in detail for one month and came up with interesting findings. Let’s first give some general information. Male and female players aged 15 years on average trained 21 days a month and completed 25 tennis trainings. In this month they spent 5 days on tournaments. In the observed month they spent 36 hours on a tennis court. Every tennis practice or a match lasted for 107 minutes on average.

The weekly values of the selected parameters were as follows: the average total practice time was 9.1 hours, the active time was 2.8 hours, and the total number of shots was 4095. The measurements concluded that the total practice time was within certain recommended parameters. The active time was slightly lower than recommended, mainly due to competitions where there was more passive time. The number of shots performed in individual week was again within the recommended values.

The examples of determining the workload during matches and trainings are made for individual age groups of players as well as different quality levels. It is known that different paths lead to success. Some coaches believe that high number of shots is great scope of practice, while others advocate higher intensity and quality of executed shots. Both paths can be successful.  It is important that each age and quality group has its appropriate workload parameters. With individual long-term monitoring of workload we can adequately increase (growth and development of player) or, if necessary, reduce (illness, injury) the workload during trainings and tournaments.

The use of data analysis is entering into the world of tennis at the big door.

Armbeep is a simple and affordable tool that allows coaches, players and their parents to monitor competitive and training parameters. With the use of Armbeep and its measurable and objective data which can be monitored on a daily, weekly or monthly level, you will be easily able to answer the question: “Is my junior tennis player (child) training correctly?”