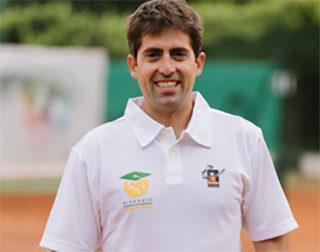 Launching a new product is hard. You have to do things like fine tune its design, deal with manufacturing and build the damn thing, handle promotion, support and assure quality of service. But all this is also fun. You get to see an idea come to life that started out on a napkin near the end of a long night out years ago. To put it in tennis terms – it’s like you just won your first big tournament. It was hard to do but also crazy good.

And because it took us on this journey of trials, failures and eventual success, we’ve become a lot of things. But objective is not one of them. So we know that when we look at Armbeep, we see something completely different than what you see. And our version of reality is way cooler in our minds than in yours.

That’s why we talk to coaches, players, industry insiders. We need people who don’t care an iota about Armbeep to stop for a second and not care an iota while giving us their feedback, thoughts, ideas how to do things different, better, faster.

During and since the launch at the ITF Coaches conference, we spoke with many of you. Eager to hear where we got it right and where things went different than planned. Here’s what we’ve learned:

1)  “This lets you manage a club like you would a company car fleet.”

At least that’s how John, a senior coach at a college club, summed up the benefits of equipping all his players with Armbeep. “It lets me see what’s going on and it lets players have their record speak for itself,” he added.

2) Marc, a young and upcoming coach, really liked the idea of being able

to not only find the decisive little details in a player’s game that need to be further improved. He especially loved the idea of being able to showcase to future employers and partners how he developed someone’s game over a period of a season or multiple seasons. Highlighting the improvements in technique, performance and emotional state. “This will make it much easier to put my portfolio on display,” said Marc.

recognized real advantages when it comes to having clearer and less biased selection criteria in terms of who makes the cut when promoting kids into higher selections. “It’s not just performance data, but also how the players developed individually in contrast to everyone else that’s of key value,” he explained.

That’s just three examples of how other people see Armbeep as a valuable asset in their coaching setup.